Changes in the Goat Barn

When we built our little farm in the Northeast Kingdom of Vermont back in the early 1990's we did everything backwards. We moved up there with no money and the house grossly unfinished. There was no power or running water. Then we got the pigs and we were under all this pressure to build the pig pen. We got the dairy goats then rushed to build the milking stand and milking area in the Summer kitchen. We got the chickens and then rushed to build the coop. We swore we would never do things in that backwards stressful way again. HA! The best laid plans, right? When we moved into our current house there was no power or running water at first and the house is still unfinished. The chickens are here and the goats on their way. We are rushing to build living quarters for all of them. It really is so funny that we are doing the same thing all over again.

To take some of the pressure off we decided today that we are going to use the hay storage side of the goat barn as a temporary chicken coop because we need to get the chicks out of the brooder in the house and the permanent chicken coop is not even started yet. So today we renovated the newly built goat barn so that one section could be used for the goats and the other section for the chickens. At least for now. ;-) 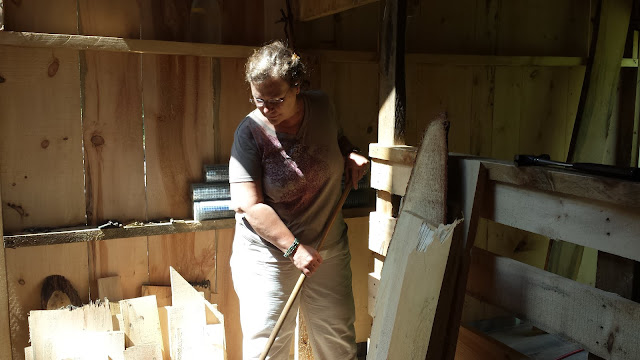 Trying to stay ahead of the sawdust. He cuts and I sweep ;-) 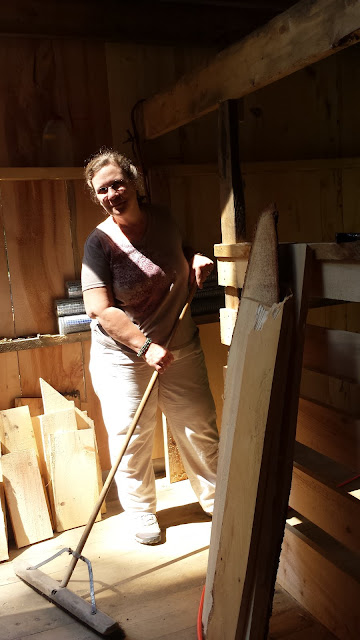 It was HOT today and the sawdust was so sticky 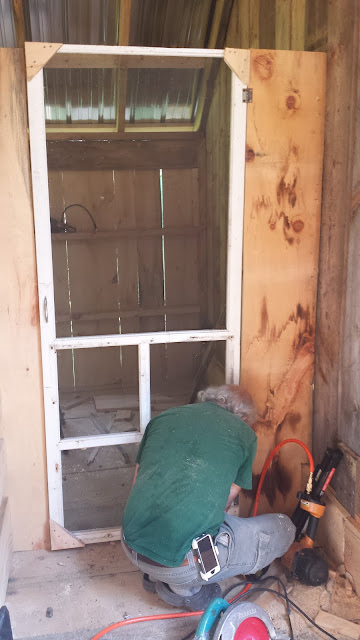 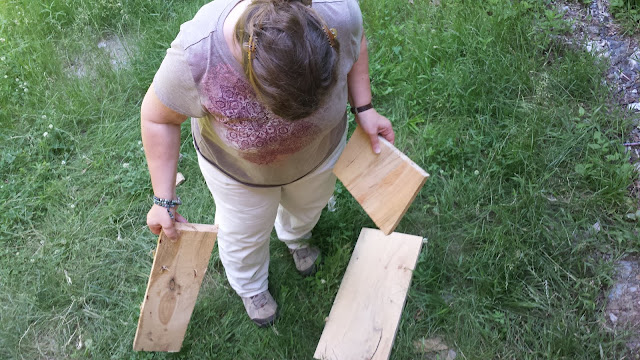 One of the siding boards had not been nailed off at the top so when Don cut the new window out for the chickens that piece fell into a pile of other boards. He told me to go out and get it. Well, which the heck board is it??? 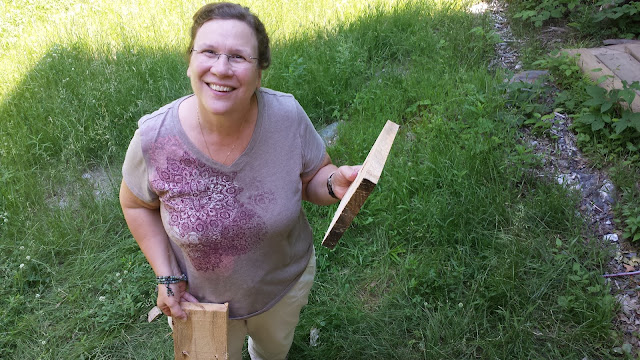 Picking up two out of the three I took a guess, "Is it this one?" I guessed right, it was! He was laughing at me the whole time taking pictures. 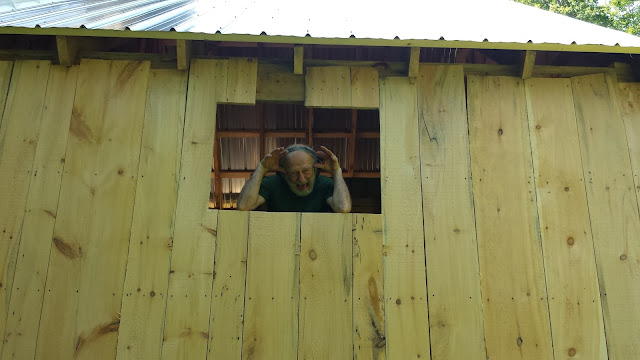 Don making fun of me and being silly. You can see the missing board I was sent to look for above his head.  :-) 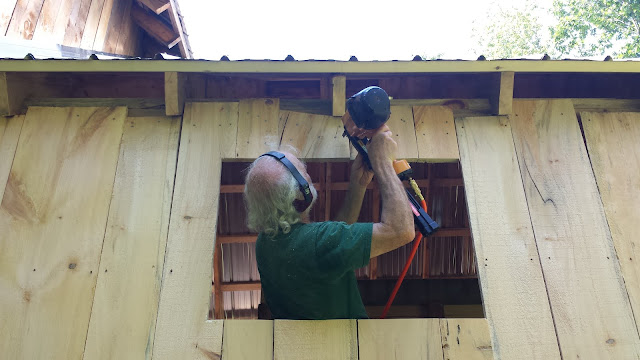 Nailing up the board the I handed up to him 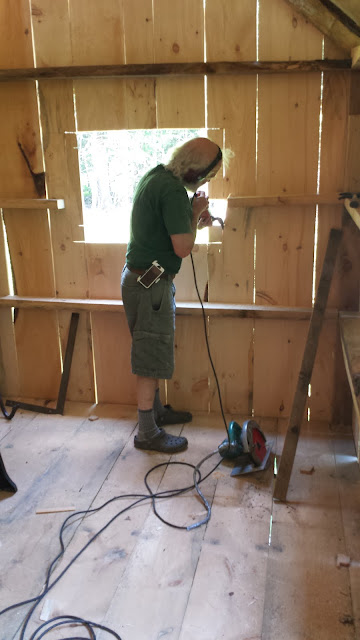 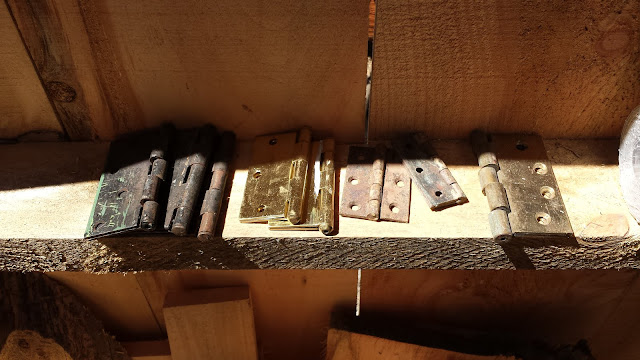 Old hinges in the sun 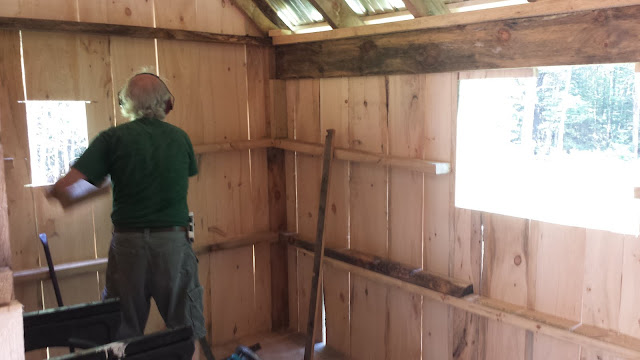 We are hoping to finish up the coop and put the chicks in there by tomorrow night. Stay tuned! 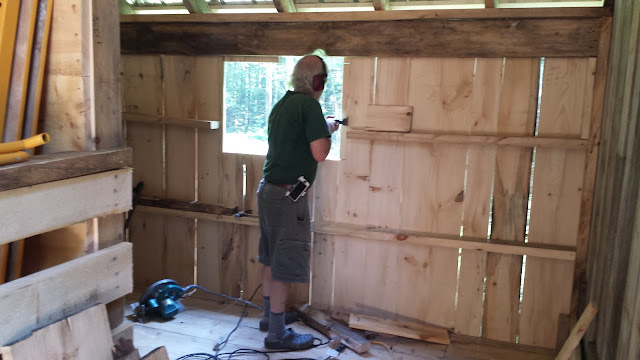